Tools such as spearheads, grinding stones, or hooks, and utensils such as pans, strainers, spigots, or plates invite to the table of the new archaeological exhibition Seed, Fire, and Root. In it, the Museums of the Central Bank of Costa Rica share the results of research on the main foods consumed in pre-Columbian times, their origin, and their relationship with the worldview of the original peoples, as well as on the practices for obtaining, distributing, processing and consuming food.

The exhibition is made up of 51 stone, ceramic and gold artifacts from different periods ranging from 7000 BC. to AD 1550. Some objects of current indigenous peoples are also displayed. Throughout the tour, maps, timelines, and educational and interactive stations allow us to expand the contents and relate them to our ways of obtaining, preparing and even disposing of food today.

The Interactive and educational stations redefine pre-Columbian food practices by linking them to our times and inviting visitors to reflect on the transformations in the way food is obtained, the agricultural biodiversity, food security, food waste, the nutritional and the cultural value of what we eat, among other topics.

Hunting and the Consumption of Animals.

From periods as ancient as 7000 BC, there is evidence of the use of hunting as one of the most popular strategies for survival.

Among the animals that were consumed, we can find a wide variety of mammals such as the white-tailed deer, monkeys, and the peccary.

Hunting tools are not present in the archaeological record; however, those recorded are spear heads made of stone, and other utensils used for removing animal skin and cutting meat, such as scrapers and knifes, made of stone as well

.The trade and product exchange activities, especially those of salt and molluscs, were highly valued. Varied species of fish, molluscs, seafood and wood for fire pits were obtained from mangroves.

In the North Pacific archaeological sites, between 300 BC and AD 300, there are findings of tuna bones (black skipjack tuna and maraco) horse mackerel, parrot fish, frogfish, spotfin croaker, and porgy. IN bahía Culebra, between AD 800 – 1150, there are records of the use of techniques aimed at extracting salt by using special pots and the preparation of shellfish by separating the shell from the animal.

Waste was placed in “shell deposits or garbage dumps” where the remains of shells, broken earthenware, and bones of animals were laid

Agriculture: Between Axes and Ploughs:

For several hundred years, food was gathered directly from nature. Later, with the emergence of agriculture, estimated in 1000 BC for the territory currently known as Costa Rica, this way of life became more complex, supporting changes in food production, storage and management.

Throughout hundreds of years, tools such as ploughs and axes were introduced, which modified wild spaces to create harvest areas. Together with other artifacts, stone artifacts created to process food and originate diverse preparations were important.

Besides clay, other raw materials were used to make utensils, such as wood, gourds, bones, clay, shell and stone. Since early periods, stone had a prominent role for macerating, grinding, scraping and hunting.

The most prominent stone tools are spearheads, scrapers, racloirs, knives, piercers, hammers, metates, pestles and mortars, dated from 4000 BC. and made of andesite, chalcedony, wood opal, and dacite. .

After 300 BC, the following instruments stand out: Burins, punches or piercers, hammer axes, grinding stones and metates (made of basalt, lava stone and jaspers.) They were found in archaeological contexts directly or partially linked to maize consumption

In the Americas, some foods were always present in the natural environment; hence, they did not require agricultural production. However, others originated in Mesoamerica or South America and were traded throughout the territory

The pre-Columbian cuisine was characterized by the great variety of foods that were used. These peoples harvested tubers, legumes and fruits, cassava, beans, cucurbits, palms, cacao and a predominance of the consumption of corn.

In Costa Rica, there is only one reference of food mixtures in the pre-Columbian (sweet potato and corn): The southern area of the country. Nevertheless, the variety of dishes made is acknowledged due to the archaeological finds of tools. It is inferred that those tools were used to produce diverse foods, since there were remains of soot in everyday vessels and seed studies in the archaeobotanical field

There was an increase in population (due to several factors, including sedentarization) and new power structures were consolidated among the pre-Columbian peoples of the current Costa Rica, after AD 500.

These transformations made leaders in charge of prioritizing tasks, establishing political and economic contacts with other areas of the Americas, and to control the surpluses and trade and exchange.

The resource management, especially food, became a form of power that those communities had at their disposal to organize the group and to interact with other peoples of the region by offering a variety of products such as salt and shells.

When referring to the gathering, processing and consumption of food, it is inevitable to think about how the culinary spaces were in the pre-Columbian era.

The use of fire to make vessels and feed the fire pits, and as a space for the exchange of knowledge was of utmost important in the indigenous home.

In the places where fire was used (with smoked remains or soot,) there is important archaeological evidence to detect kitchens and where food was prepared and cooked. Those spaces were located close to the areas where raw material was gathered, next to the home or in them.

There are findings of ovens and fire pits linked to cooking vessels for cooking, serving and storing food, such as pots, pitchers, bottles and ceramic glass.

Nowadays, these artifacts are indispensable in our kitchens, and they led these processes of culinary experimentation originating from the pre-Columbian era.

Some artifacts were used at homes or were deposited in tombs after processing food. The use of ceramic earthenware played an important role in cooking, serving, storing and developing rituals.

Early pottery finds are generally from the Central Caribbean and North Pacific, and they correspond to globular pots, tecomates (pots with and inward lip,) cylindrical vessels with flat bases and large plates dating from 300 BC, with phytomorphic figures (of vegetables or plants.)

Later, depending on the region and the context, special earthenware was also made, such as those dedicated to the extraction of salt, molluscs, tortillas, funnels and strainers.

Although only artifacts for ritual use are shown, these were also used to process and contain food. Their shapes were replicated from the daily-use vessel.

Carrying, and Preparing Food The utensils and earthenware that were used for food processing and consumption are diverse, and their use depended on the region and the period.

In many of these vessels, representations of people and animals, either processing or consuming food, can be found. Thanks to these depictions, we know how some of these objects were used in ancient periods.

Thanks to these representations, we know how food was processed, for example, cassava and maize.

Culinary Syncretisms: Cooking as a Result of Mestiaje

Nowadays, there are in Costa Rica multiple types of cuisine, which vary according to production, food availability, the impact of migrations, and the historical transformations that have nourished the region, turning it into a diverse a dynamic one. The culinary influence of the current Costa Rica is shaped by indigenous, Spanish, and African influence, thus, leading the path to what we know today as “criollo food.”

Certain foods are part of traditional cuisine, such as maize, beans, and cassava. Others were introduces from several regions of the Americas (potato, tomato, chilli, vanilla, tobacco, and cacao;) from Europe and Asia (rice, sugar cane, coffee, cinnamon, and animal products such as rabbit, hare, pork, goat, and cow.)

The dishes currently consumed uphold the complexity of our cuisine, and it is proof of the importance of safeguarding the pre-Columbian heritage to understand some aspects of our local cuisine.

Visit the exhibit Monday through Sunday from 9:15 a.m. at 5 p.m. Buy your tickets online or at the museum box office. 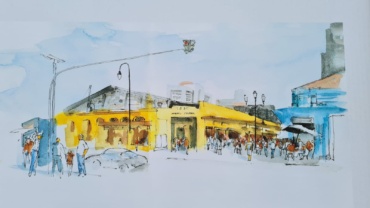 San José: Between Lines and Strokes

Take your tour of the exhibition and the capital cities represented in the works. 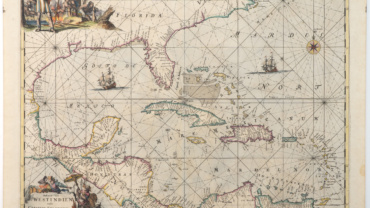 Visit the exhibit Monday through Sunday from 9:15 a.m. at 5 p.m. Buy your tickets online or at the museum box office. 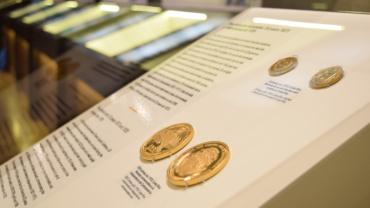 Visit this exhibit, Monday to Sunday, from 9:15 a.m. to 5:00 p.m. Download these resources to learn more about the history of the means of exchange used in Costa Rica.